Download the latest version of Visual Studio 2017 RC with just one click, without registration. It comes with a safe official web installer for Windows. 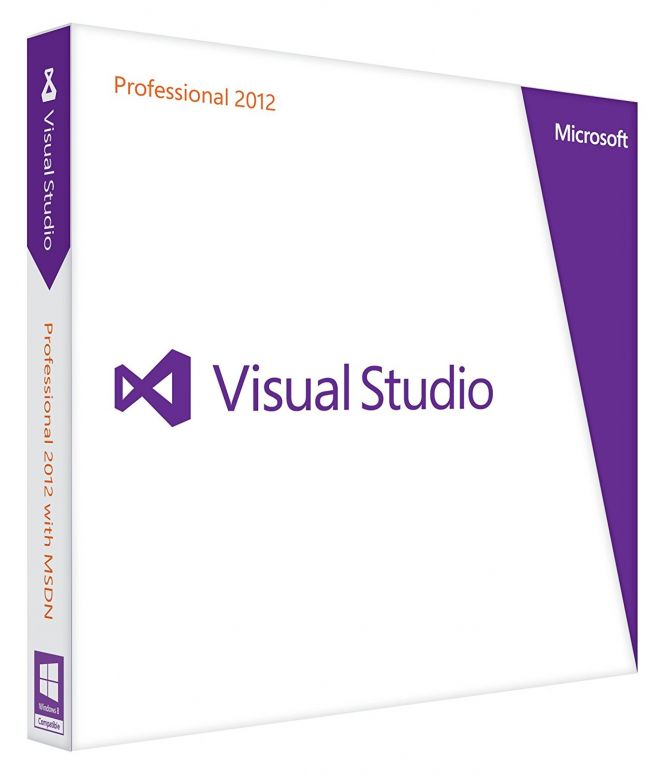 Visual Studio 2017 RC is an update of Microsoft IDE with some improvements and new solutions.

The new begins from the very first step — the installer. The developers decided to reduce Visual Studio footprint and make the installation faster, as well as make it easier to choose what features you need, so now the installation process runs more smoothly, and the total size of the install correlates with your needs. 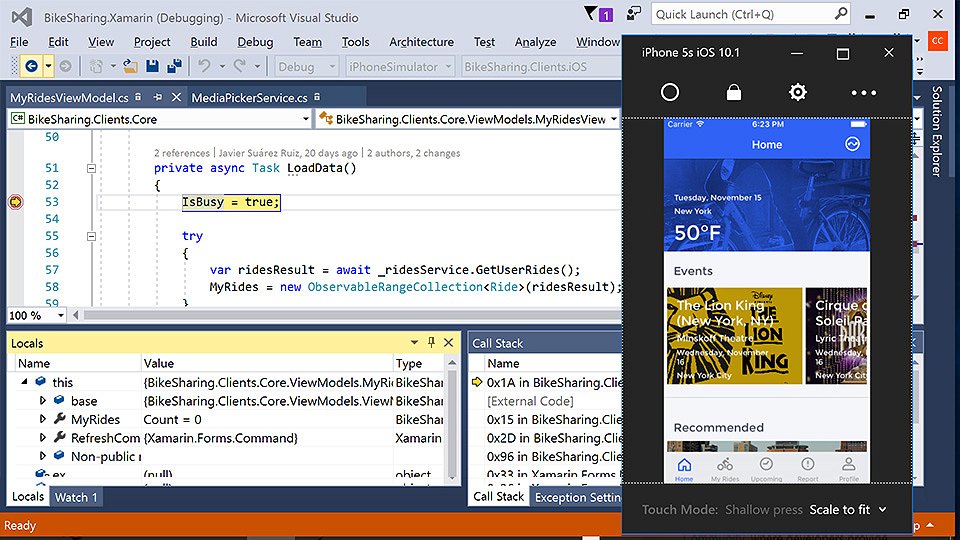 Then, the IDE now supports mobile and game development, supports LINUX development, Cocos2D, Xamarin, Ureal, Cordova, and DirectX, has other extensions. All in all, it makes Visual Studio 2017 RC rather useful and powerful app.

Also, there's great news for those, who've been using Visual Studio 2015 before: the new program allows to transit between versions with no extra effort. The interface has not changed either.

Now, what else is new? The program has some enhancements to improve its performance: reduced startup and solution load time, the navigation is easier, code fixes and debugging are less time-consuming.

The feature 'Find all references' is updated, too. It makes a search through your results much easier, as well as has syntax highlighting and organizes information in a more understandable way. Of course, you still can adjust the info representation as you want. Also, there's a nice addition that allows you to preview the found block of code. 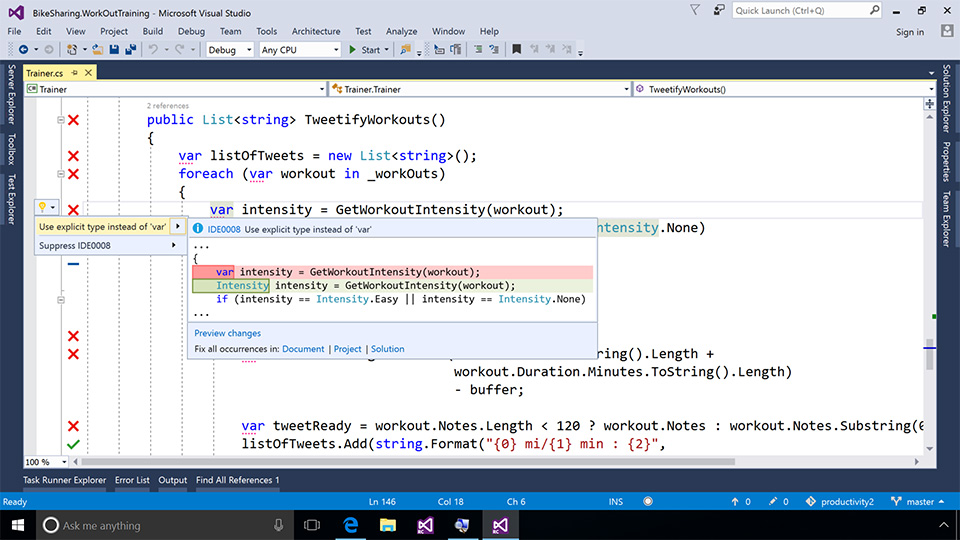 Finally, there's useful exception helper — simplified and non-modal, it comes to use when you need to find the reason of exceptions messing with your code.

Of course, there are more tweaks and enhancements in the new version — and most of them become useful in work, so Visual Studio 2017 RC is highly recommended for a try-out.