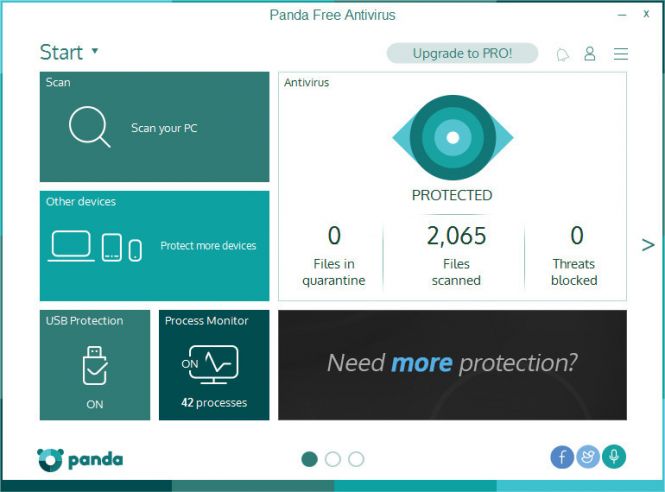 The new interface is beautifully minimalist with highly informative panels and indicators, as well as buttons with icons, similar to the ones in an operating systems, leading to the main function screens. The most prominent tool is the scanning function, one of the fastest and most effective on the market, rivaling not only  alternative free programs, but also some commercial antiviruses. Thanks to the use of cloud technologies Panda Free Antivirus can quickly update and thoroughly scan any system. The newest version's performance is even greater, having been enhanced and improved.

Another very useful feature is Process monitor, a tool that allows seeing Internet connections on a per-process basis and track down any potential threats. A USB protection tool is also a good thing to have around, since it specifically vaccinates your USB device or automatically starts checking and protecting any USB connected to your computer.using advanced settings, you can actually set up levels ant schedules of protection measures, turning confirmation of actions on and off as you see fit. 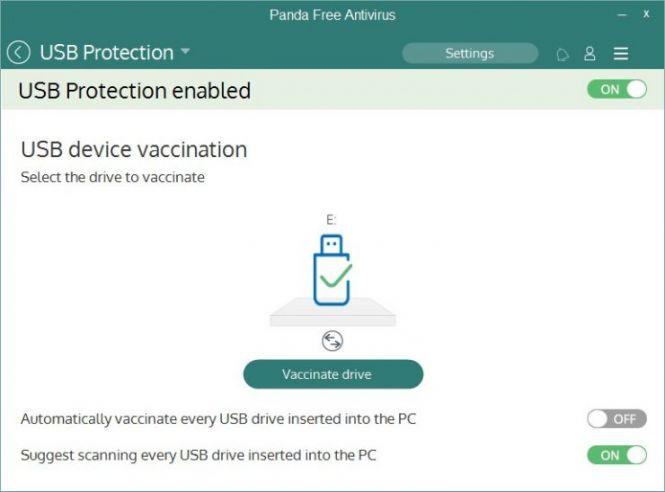 Panda Free Antivirus 2016 is an improved, visually revamped version of a product that is still as impressive as ever.