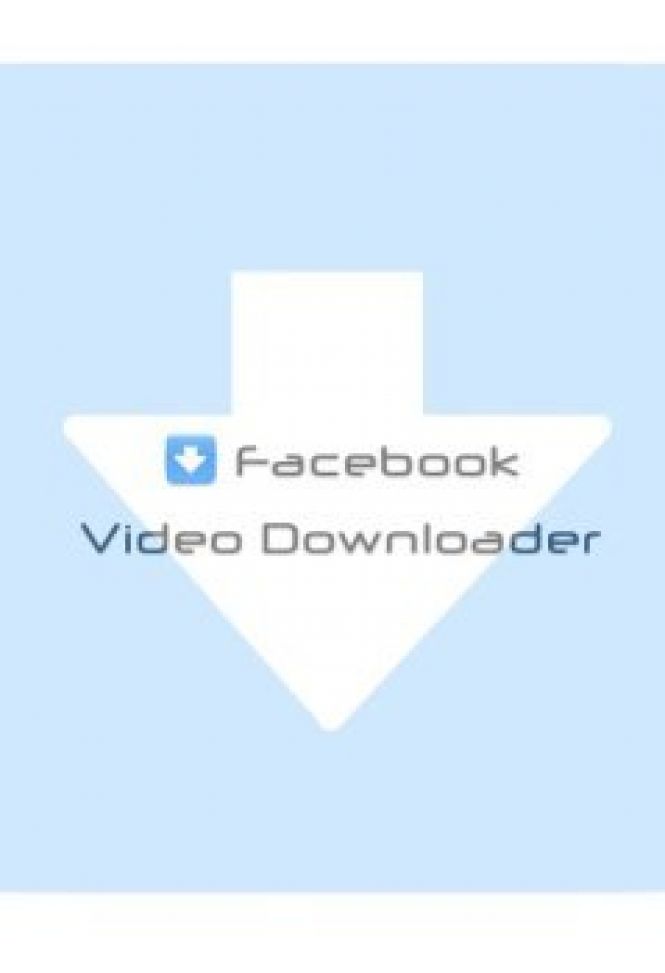 Facebook Video Downloader 3, despite its name, works with a load of video sharing sites, not only Facebook. It allows saving your favorite videos on a hard disk to watch them later offline.

The latest update of the program has sufficiently increased downloading speed and works 5 times faster than before. It also supports HD videos, can save large files and has the drag-and-drop feature: just drag video link to the program to start the download without copying and pasting the link.

Facebook Video Downloader 3 works with a variety of video formats. It can convert downloaded videos in all the popular formats, too, the usual ones being MP4, WMV, MOV, AVI, 3GP, and MPEG. Video formats for mobile devices are supported, too, so you can later watch the videos on an Android phone, iPhone, PSP, or any other Android or iOS device. 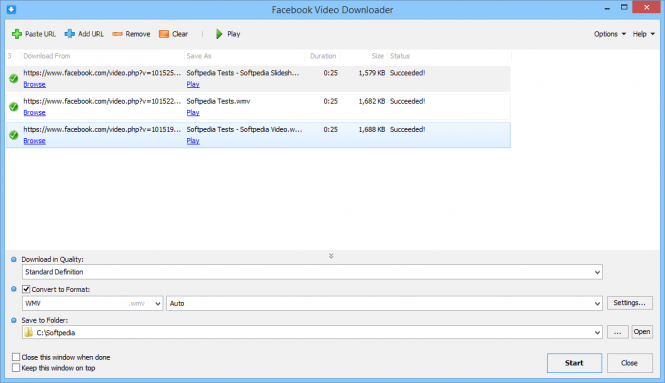 Also, Facebook Video Downloader 3 can be helpful as a video to audio converter. It extracts tracks from the downloaded videos and can save them as an audio file in MP3, WAV, WMA, or AC3; other audio formats are available, too.

Finally, the program has configurable settings for all the common output formats, accessible from the interface. At the same time, it provides ready presets for output in case the user has no detailed knowledge of audio and video formats. 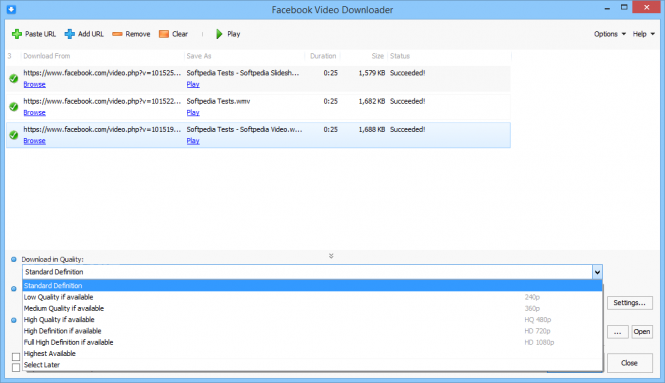 All in all, Facebook Video Downloader 3 makes an excellent impression as a light, fast, and at the same time reliable program with more functionality than one expects it to have. Its developers also provide tech support for the users and are open to feature suggestions.